La myopia operation is the only way to permanently eliminate the use of glasses or contact lenses and LASIK it is the most used technique worldwide.

En Área Oftalmológica Avanzada We are experts in the operation of myopia as well as in the different surgical options such as the laser refractive surgery (FemtoLASIK, LASIK y PRK) as the implant of a intraocular lens.

La myopia operation is the only way to permanently eliminate the use of glasses or contact lenses and LASIK it is the most used technique worldwide.

En Área Oftalmológica Avanzada We are experts in the operation of myopia as well as in the different surgical options such as the laser refractive surgery (FemtoLASIK, LASIK y PRK) as the implant of a intraocular lens.

What is the myopia operation?

Eye surgery to correct myopia is indicated for those people who want to permanently remove glasses or contact lenses and among the surgical options for this purpose we have the laser refractive surgery (FemtoLasik, LASIK y PRK) and the implantation of a intraocular lens, indicated in high myopias from 8 dioptres.

To achieve the desired results, it is essential to be clear about what the procedure consists of and if we are candidates for this intervention, in addition to going to an experienced surgeon to carry out this procedure.

En Área Oftalmológica Avanzada We are experts in refractive surgery and we clarify all your doubts about this laser eye surgery.

Acto painless and fast. Barely requires 3 minutes per eye and anesthesia is used in the form of drops.

Procedure safe and accurate. Our professionals and the technology we use allow us to make a completely safe procedure adapted to the needs of each person.

La recovery is immediate. As the surgery ends, the patient can go home. Generally, after a few hours the patient notices a marked improvement being free of glasses or contact lenses.

For us, trust is the basis of our relationship with the people who deposit their visual health.

Therefore, if you wish ampto bundle the information with a professional or you just want to meet us, we invite you to our center and we will give you a gift free visit with the surgeon that you are going to intervene if you have surgery with us.

What is laser refractive surgery?

Laser refractive surgery comprises the set of surgical options that the excimer laser to eliminate the use of glasses or contact lenses permanently.

Among the different options to eliminate myopia we find:

La laser refractive surgery LASIK It is the most widely used surgical option to correct myopia, hyperopia and / or astigmatism. at present and one of its characteristics is that an advanced Excimer laser to model the cornea of ​​the eye.

Through this technique we lift a corneal lamella (Flap) by using a blade called microkeratome. Later, through the excimer laser we sculpted the equivalent of a lens to correct refractive defect, which improves the ability to refract light on the retina.

The result is a clear vision and free of glasses or contact lenses. When performed by an experienced surgeon, LASIK is a safe and effective treatment with benefits that directly impact the patient's quality of life.

The advantage of this technique is that, unlike the LASIK technique, FemtoLasik replaces the corneal cut with a blade (microkeratome) by the femtosecond laser, what it provides greater safety and control for the surgeon as well as a faster postoperative recovery.

Refractive laser surgery PRK It is the oldest technique that exists to correct refractive errors, but it is no less effective for that.

This surgical option, like the previous ones, allows to eliminate myopia, hyperopia and / or astigmatism. The main diferencia is that it is not necessary to carve a flap in the corneaThat is, it is part of the surgical surface options (without cutting).

PRK laser refractive surgery is performed by removing the corneal epithelium by scraping and then applying the excimer laser, we finish the surgery applying a drug to accelerate the healing.

This procedure it is barely longer than the previous ones. After surgery, a contact lens is placed to protect the eye during the postoperative period.

PRK surgery is We recommend it to athletes and professionals with a high risk of suffering blows or trauma in the face like boxers or police officers since, by not making a corneal cut, we reduce the possibility of complications due to strong blows.

Who can have myopia?

Can I have eye surgery? This is one of the most frequently asked questions by patients with visual problems. Laser refractive surgery can be performed at Any person who meets the following conditions:

To determine if it is possible to perform refractive surgery with laser or it is more advisable to implant an intraocular lens, it is necessary to perform a detailed study that guarantees the success of the procedure.

En Área Oftalmológica Avanzada The first consultation is free, so you can contact our professionals for a review and be advised by a myopia operation specialist.

With this eye laser surgery we are able to eliminate all graduation of refractive errors no matter if you only have one of them or a combination of several.

The most common combination is the myopia and astigmatism operation.

Difficulty to clearly see distant objects, but they can see nearby objects.

Difficulty seeing near objects but there is a relative good vision from afar.

El postoperative LASIK surgery is very fast, the patient comes out with his eyes uncovered and seeing without the glasses. During the first hours may submit slightly blurred vision y stinging, symptoms that happen in a period that is around 6 hours after surgery.

It takes a few days to recover all vision and adapt to this change, approximately 3 to 7 days will suffice for total recovery. After surgery, he recommended:

The specialist will be in charge of offering the patient specific recommendations in each case, as well as the precise medication to avoid possible discomfort.

How long does the laser myopia operation last?

One of the great advantages of this type of laser eye surgery is that it is very fast, with an average of 3 minutes per eye.

The procedure can take a little longer depending on the case, however, as a general rule, between 10 and 15 minutes are enough to carry out the complete treatment.

The LASIK laser myopia operation is, today, the most popular and safe technique to correct this vision problem simply and effectively. After conducting the entire preoperative study and once the ophthalmologist determines that you are a good candidate for this intervention, carrying out this surgery will mean you benefits on the table:

En Área Oftalmológica Avanzada We have a professional team dedicated to refractive surgery, with more than 10.000 patients who have undergone the LASIK procedure, an experience that endorses us as specialists in refractive surgery.

Are there any risks?

Like any surgical intervention, LASIK also has punctual risks They are minimized whenever the patient goes to a center with surgeons who are experts in refractive surgery.

The preoperative consultation is extremely important to thoroughly study the patient's eye and determine if he is a candidate for this intervention. Although Risks of the myopia operation they are very low, some complications that can be presented are:

The most important is go to a center specialized in the operation of myopia, farsightedness and astigmatism where they know how to solve any exceptional situation, and nobody knows before the surgery if it will be an exception.

El myopia operation price It may vary depending on the technique chosen to perform the intervention. Anyway, the price of the myopia operation with LASIK is 710 euros per eye in promotion with the laser technique, the most widely used worldwide.

En Área Oftalmológica Avanzada We provide the patient with a financing plan for the myopia operation for up to 12 months with an interest rate of 0%.

I cannot have the laser myopia operation, do I have other options?

There are alternatives to laser eye surgery in those patients who do not meet the requirements.

If after the preoperative study the ophthalmologist detects a cornea that is too thin or not very rigid, he will recommend alternatives to LASIK, also with laser, like PRK or LASEK and in cases where it is preferable not to act on the cornea, it can offer you the implantation of an intraocular lens, such as ICL lenses.

Who can operate with PRK?

Anyone, usually from 18 years of age, have a stable graduation and a healthy corneaBut Don't be a good candidate to perform the LASIK technique, usually due to very low graduations, fine corneas or with one anomalous biomechanics.

Unlike LASIK, the visual recovery it's a little slower. Generally required a week of relative rest and we recommend do not force the eyes y avoid sports. This technique is achieved safely and effectively. the same results as LASIK.

En Área Oftalmológica Avanzada We help you determine if you are an ideal patient for either of these two techniques.

What are phakic lenses and in what cases are they recommended?

The phakic lenses They are similar to contact lenses that are used to correct myopia and the difference is that implanted inside the eye and the materials, biocompatible so that they are perfectly tolerated. They are inserted through a small 1 mm incision and are placed under the iris, so they are not noticeable and do not damage the cornea.

La surgery is done with sedation, so that the patient does not have discomfort and are implanted in both eyes in the same intervention.

This eye surgery lasts approximately 10 minutes per eye, and the patient leaves with his eyes uncovered and with a certain degree of vision that in many cases is relatively good from the first hours of surgery. The phakic lenses we recommend them in the cases in which the cornea laser cannot be applied or in cases where myopia exceeds safety limits, generally the 8 diopters.

Patients with myopia of up to 20 or 25 diopters or with irregular astigmatism, can eliminate glasses and even improve visual quality that they had with them or with contact lenses, with the phakic lens implant.

How is the postoperative of phakic lenses and possible complications?

As it is an intraocular surgery and although it is very little traumatic, it is necessary to do some physical and visual rest days. During 1 week you can't play sports and you have to be careful of avoid touching your eyes and environments that could cause an infection.

The complications that can appear in this type of treatment they are rare but you have to know that it can appear:

All these problems can be solved, and to prevent them from appearing or solving them as soon as possible, it is important follow the surgeon's recommendations y go to the reviews.

If there is one left residual graduation can be corrected with the laser or by changing the lens, a very exceptional situation, like the displacement of the lens, which can happen if there is a trauma during the first days. 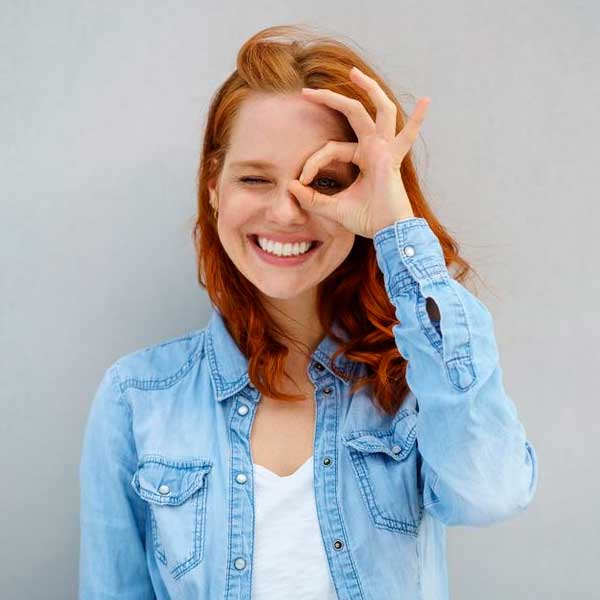