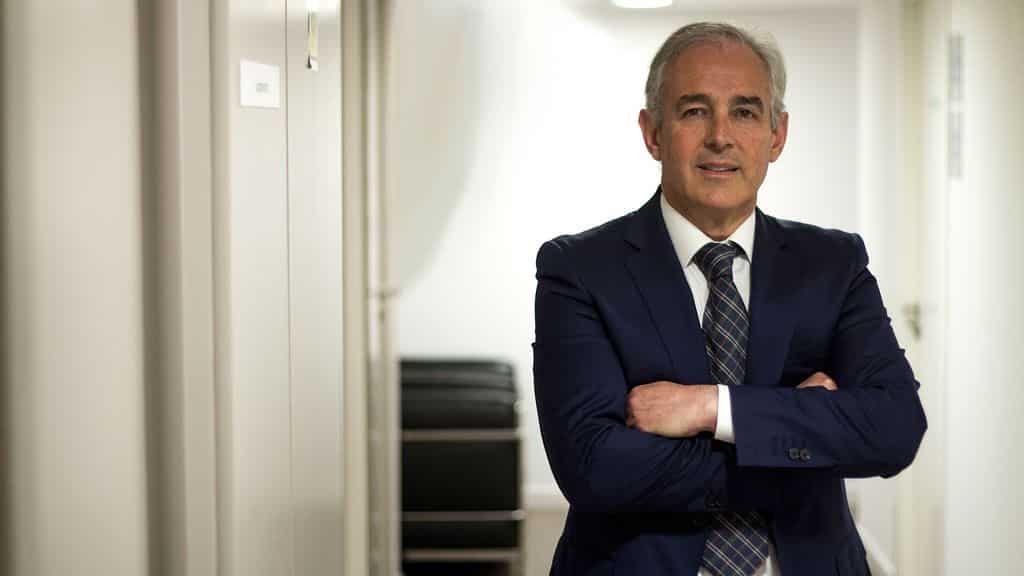 El Dr. Carlos Vergés (Barcelona 1957) Collegiate 15619 Barcelona. Medical Manager and Medical Director of Área Oftalmológica Avanzada, graduated in Medicine and Surgery at the Faculty of Medicine of the University of Barcelona in 1980 and moved to Boston (USA) to carry out basic research in ophthalmology, completing a doctorate in Biology at Harvard University and his Doctoral Thesis on the mechanisms of lacrimal secretion, which will be basic to understand the pathology of the Syndrome of Dry Eye, (Thesis presented in Barcelona 1983) and which earned him the National Research Award (1983).

After basic research, he specialized in ophthalmology between Barcelona and Boston, with a Fellow in Cornea at the Department of Ophthalmology at Harvard Medical School, Massachusetts Eye and Ear Infirmary (1985) and in Ocular Pathology at Moorfield Eye Hospital in London and the Hôpital de Dieu de Paris (1986).

In Barcelona, ​​he carries out his professional activity at the Provincial Clinical Hospital of Barcelona, ​​first as Deputy and then as Head of the Anterior Segment Section, where his contributions to the campor cataract surgery with phacoemulsification and in the campor cornea, with new treatments with immunosuppressants (Ciclosporin) in the cornea transplant (National Prize INQUIFARMA 1985).

In your concern for ampbundle the campor ophthalmology, he completed the Master in Hospital Services Management (ESADE 1990) and in 1995 he studied Philosophy.

In 1991, he won the professions of the Professors of the Chair and became the Head of Service of the Department of Ophthalmology at the Hospital del Mar in Barcelona and in 2000 he moved to the Institut Universitari Dexeus as Head of Service. In 2007, he joined the Polytechnic University of Catalonia (UPC) and began to carry out his clinical activity at the CIMA Clinic, attached to this University, where he focused on the development of new intraocular lenses for cataract surgery and new ablation profiles for presbyopia laser surgery, appearing as a scientific advisor to the world's leading companies as an ophthalmologist.

Currently, Dr. Carlos Vergés develops his professional activity as head of service of ophthalmology of Hospital Universitari Dexeus along with all its medical team of Área Oftalmológica Avanzada where it has a technological, medical and surgical team of high complexity in everything related to diagnosis and treatment of eye diseases.

During these years he has taught with his own program in the training of MIR specialists, has done several doctoral courses and masters specialized in the previous segment and published numerous scientific articles in journals and books and is part of the most important ophthalmological societies, participating actively in courses and conferences. He is currently a member of the Board of the International Society of Refractive surgery and the American Academy of Ophthalmology (SSRI, AAO).

Currently he continues his clinical activity in Área Oftalmológica Avanzada and with his teaching and research activity at the UPC, collaborating with other national and foreign universities. His area of ​​interest is focused on the field of cataracts and neurophysiological mechanisms of vision, especially related to sports.