Surgery FemtoLasik It is a modern and revolutionary technique that allows to correct refractive defects such as myopia, farsightedness and / or astigmatism. The FemtoLasik technique is characterized by using the femtosecond laser to perform the corneal flap.

Many FemtoLasik advantages as refractive surgery and, among them, we can highlight that it offers lower risk of corneal ectasia and a faster vision recovery.

Surgery FemtoLasik It is a modern and revolutionary technique that allows to correct refractive defects such as myopia, farsightedness and / or astigmatism. The FemtoLasik technique is characterized by using the femtosecond laser to perform the corneal flap.

Many FemtoLasik advantages as refractive surgery and, among them, we can highlight that it offers lower risk of corneal ectasia and a faster vision recovery.

Difference Between Lasik and FemtoLasik

La refractive surgery with Lasik is the most used technique in the world to treat myopia, hyperopia and astigmatism. FemtoLasik and Lasik are not very different. In fact, the only difference between Lasik and FemtoLasik is the way the corneal flap is performed in both procedures.

En The technique Lasik A special device called a microkeratome is used, which automatically performs a superficial cut in the cornea using a blade. On the other hand, en FemtoLasik surgery, the surgeon uses the femtosecond laser to make the cut or flap.

The rest of the procedure is the same in both surgeries: the cornea is molded with the excimer laser previously programmed according to the needs of the patient and the superficial tissue is put in place. Nevertheless, FemtoLasik surgery, when performed with 100% laser technology, offers a less painful postoperative and a much faster recovery.

FemtoLasik surgery It is the latest technique to treat refractive vision defects such as myopia, farsightedness and astigmatism.

The procedure is performed using the femtosecond laser to make a corneal flap and subsequently correct the refractive defects with an excimer laser. Thus, It is a technique that is carried out 100% with laser technology..

Although Lasik and FemtoLasik differ only from the way in which the corneal flap is performed, this difference is sufficient for the FemtoLasik is conceived as a much safer method for the patient since, among other things, it reduces the risks of corneal ectasia. 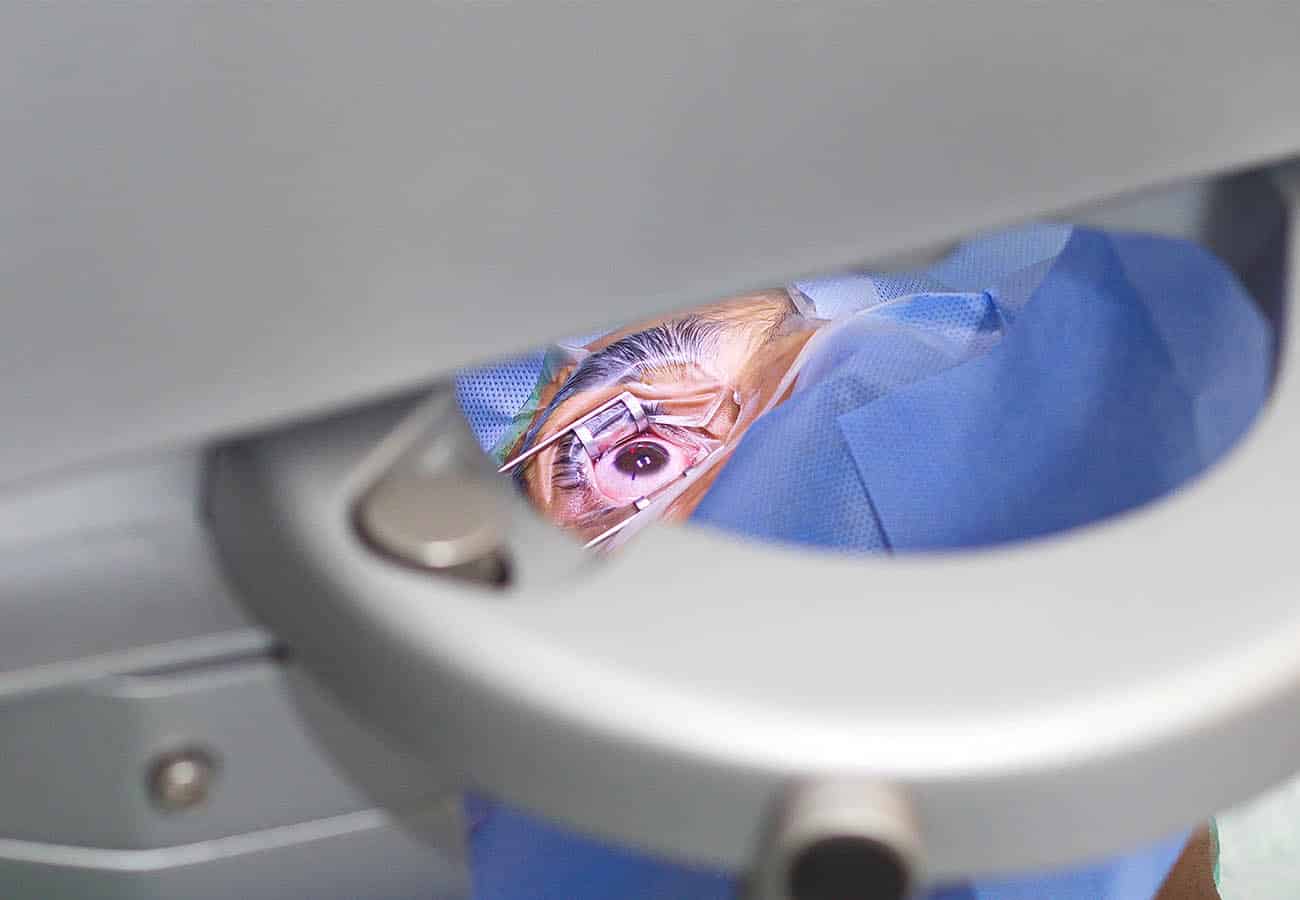 Advantages and benefits of FemtoLasik

Surgeries do not become fashionable. When a technique becomes the most used, it is because it has offered better results for the patient than the previous procedures.

For this reason, we must affirm that there are many Advantages of FemtoLasik:

The femtosecond laser makes it possible to separate corneal tissues at the molecular level without the need for no mechanical cutting. This property helps the FemtoLasik recovery Be much faster.

This allows the patient to have a better recovery and visual quality.

With the FemtoLasik technique there is lower risk of corneal ectasia, thanks to the precision and safety of the femtosecond laser.

Compared to other refractive techniques, the FemtoLasik offers lower risk during and after surgery.

In the cornea there are many nerve endings that can be removed or damaged by cutting the cornea, and then regenerate over time.

Using femtosecond laser allows combating loss of corneal sensation, Ya que the laser eliminates the risks of applying the blade to the tissue.

FemtoLasik surgery is more accurate and predictable than any other

This is because the femtosecond laser allows the shape, diameter and thickness of the separated cornea layer (flap) to be exactly as needed.

Loss of corneal sensation can cause Dry Eye after refractive surgery.

Thanks to the use of femtosecond laser the incidence of dry eye after refractive surgery is lower.

Surgery allows to correct higher graduations of myopia in patients who have only used intraocular lenses.

This is due to what predictable and exact resulting from the application of the femtosecond laser.

Patients with thin corneal thickness or very irregular corneas that could not be operated with the Lasik technique, can be treated with laser thanks to the benefits of the femtosecond.

On very few occasions it is necessary to make a touch up after a refractive surgery. Although it is something very exceptional we have to keep this factor in mind to propose a safe intervention.

With the use of the femtosecond laser the surgery is much more precise than with conventional blade and therefore allows a better and greater control both in first interventions and in retreatments.

The FemtoLasik technique revolutionized the world of ophthalmology, as it is a much safer refractive surgery for the patient and the surgeon.

FemtoLasik technology allows doctors to work with greater precision and accuracy, offering our patients a better visual recovery, lower risks, lower incidence of complications y a faster and less painful postoperative. At present, we cannot say that one method is better than another, because many times the ocular characteristics of the patient are those that determine the surgery to be chosen. However, we can affirm that if a patient is a candidate for FemtoLasik surgery, the femtosecond laser is reason enough to choose this type of treatment.

En Área Oftalmológica Avanzada We are experts in refractive surgery and we currently have the lasers necessary to perform FemtoLasik. Contact us to request all the information you need about this refractive surgery. We are happy to assist you!