Iridocyclitis: What is it? Causes and treatment

La uveitis is an intraocular inflammation that occurs in the uveaBetween the retina and the sclera and, of the different types that can be presented, the most common is the anterior uveitis, iridocyclitis o iritis if it affects only the iris

En Área Oftalmológica Avanzada we tell you everything you need to know about iridocyclitis. 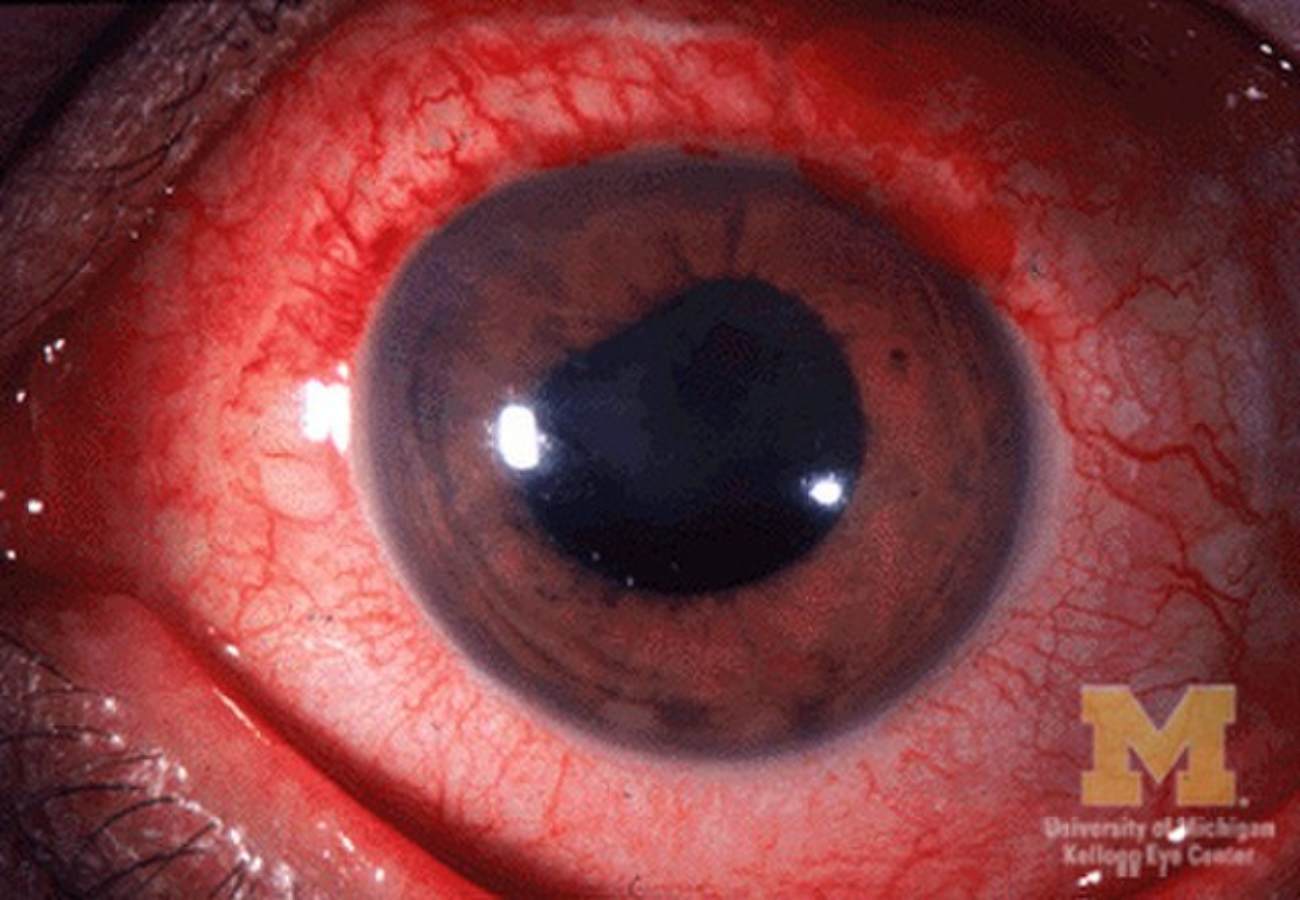 Iridocyclitis is the most common type of uveitis. It appears suddenly, associated with autoimmune diseases, and especially in young and healthy patients.

Most often, iridocyclitis appears only in one eye, and its symptoms usually last up to two months. The inflammation can be recurrent or chronic, and its prognosis is good, since patients usually have no problems recovering.

Iritis has the characteristic that the iris and the ciliary body. These two structures, together with the choroid, form the middle layer of the eye (the uvea). They are found in the front of the eye, and the choroid in the back.

There are different types of iridocyclitis, taking into account different criteria:

According to the cause that originates it

Depending on the evolution time

By the type of reaction

Causes of anterior uveitis or iridocyclitis

Iridocyclitis occurs in people who have any of the following conditions:

However the causes that cause it are not known exactly, Although iridocyclitis is usually associated with systemic diseases such as the ones we have just seen, it can also be related to the following factors:

There are many cases where it is not even possible to suspect the cause that has caused the anterior uveitis.

However, there seems to be a certain involvement of different antibodies that provoke inflammation between the iris and the ciliary body, although it is currently not possible to know which antigens or substances ultimately cause its appearance.

Unfortunately, it is not currently known no way to prevent the development of anterior uveitis. The only thing that can be done is to go to the ophthalmology consultation as soon as possible to prevent the inflammation from becoming more serious.

In order for the symptoms of iridocyclitis not to get worse, once they appear it is important go to the emergency department from the nearest hospital as soon as possible.

Special care must be taken when symptoms are noticed of which we talk in the next section.

Patients with anterior uveitis may have large number of symptoms:

In addition, in the cases of patients with iritis, complications like the following:

We recommend that patients with anterior uveitis do not self-medicate in any case. It is very important not to do so, and in your case make an appointment with a specialist in retinal diseases so that he or she determines the treatment to follow.

For the treatment of anterior uveitis, the following solutions are usually used:

En Área Oftalmológica Avanzada we are experts in the treatment of iridocyclitis. If you want to answer any further questions in relation to this issue, contact us, we will be happy to help you!

We use cookies to ensure that we give the best user experience on our website. If you continue to use this site we will assume that you agree.I agreeRead more